My first experience with swordtail fin shapes in the 70s 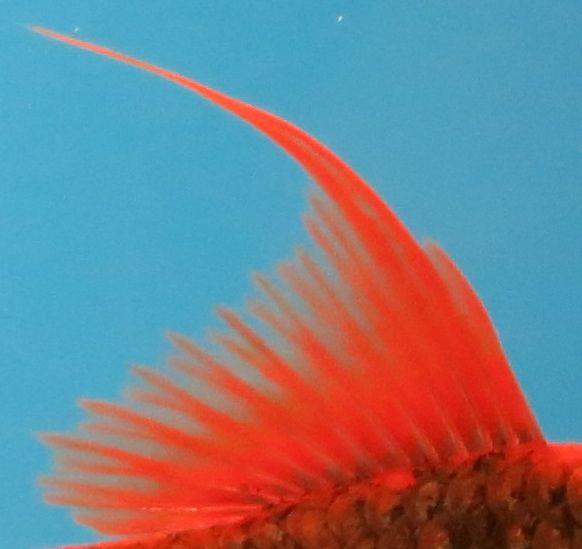 During my engineering studies from 1974 I started my second aquarium time. I always found sword carriers interesting, but at that time the first exciting sword carriers with modified fins appeared in the shops in East Berlin.

So there are good reasons for me not to fundamentally question the representation of Jacob just because there are no photographic sources so far, or the short time of distribution apparently makes it difficult to prove due to the greater attractiveness of the lyric swordtail.

For me, the "delta dorsal fins" are real, among other things in the "simple" lyre sword carrier and in the delta sword carrier of the ISXM01 and its predecessors, in the delta fins with a clearly pronounced second fin beam of the dorsal fin.
For all today's large hi-fin shapes, it is important to recognize that they are clearly shaped by the Simpson factor.
However, there is a distinction as described. In my opinion, the delta fin is supported in a slightly more stable position than the developed fins with the Simpson factor. Maybe older breeders will find confirmation of my experience at that time.

Basically, I have the experience that extensions in the combination such as lyre sword bearers or king lyre can also be found on individual fins or pairs of fins. It is therefore not surprising that fin changes can be found individually before or after “joining”, for example in the Lyra swordtail. We found and photographed examples of strongly elongated pectoral fins on a Kohaku swordtail. The double sword carrier is the example of the only extension of the outer fin rays of the caudal. And the earlier discussed delta sword carrier, of which there is the enlarged dorsal, which has been shown here in particular by the extension of the first fin rays of the dorsal. The elongated gonopodium is mainly found in the "normal" lyre sword bearer as well as occasionally in the Simpson swordtail.